Hip dysplasia in dogs in no joke and can cause debilitating disability. Chance is one such dog that suffers from the condition but he didn’t let his physical limitations get in the way of saving his dad when he needed him most.

Chance is a sweet pitbull boxer mix that was adopted by dad when he was just a puppy. Now a senior at 10-years-old, he has spent his years devoted to his owner, Billy Collins who is a Vietnam Veteran. 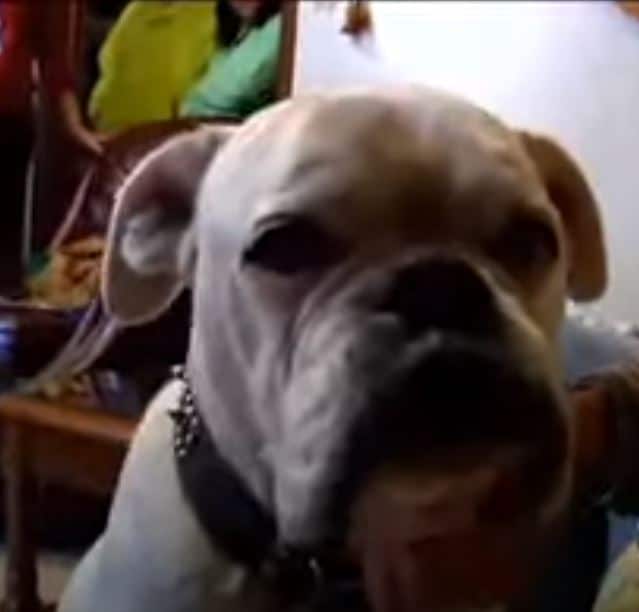 Recently Collins was home when he suddenly fell. In telling the story, he said the last thing he remembered was the floor coming up to meet him. Home alone except for Chance, Collins was knocked unconscious with a gash on his head.

Knowing that his owner needed help, his brave dog sprung into action and apparently tried to wake him before heading over to the neighbor’s house to get help. Chance then opened the spring door, as he had been trained to do, and despite suffering from hip dysplasia, jumped the chain link fence and ran next door.

When the neighbors saw him, they knew there was some sort of trouble because the white dog was covered in blood. The neighbor, Dusty Lowe ran next door to help his friend, who recalls Dusty lifting him off the floor. 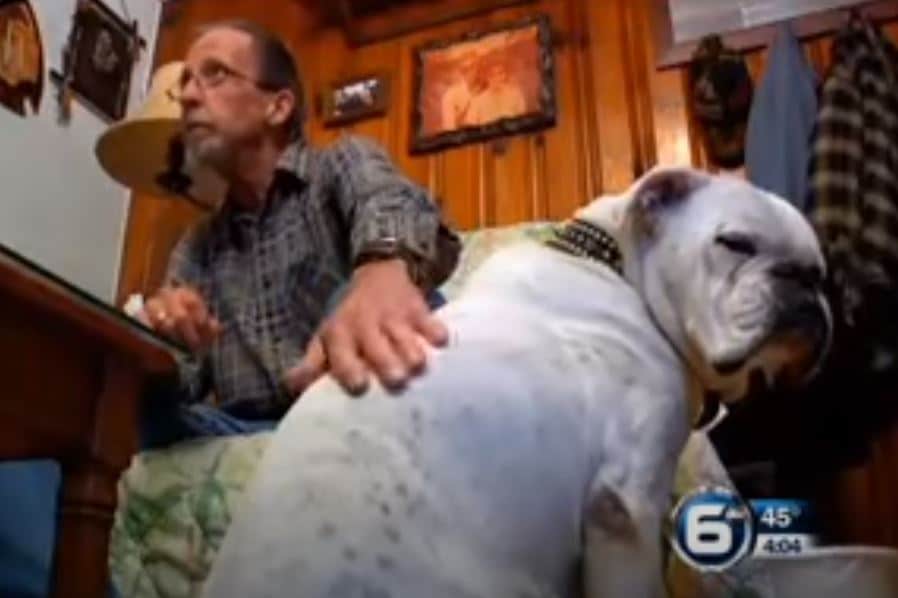 Collins credits Chance with saving his life as he might have bled to death had he not received help when he did. He is very proud of his best friend and a little amazed that despite his disabilities, Chance mustered the strength to jump the fence to help him.

He said that in all the years that he’s owned Chance, the dog has never jumped the fence. What a remarkable dog Chance is and he certainly deserves lots of treats for being so smart and brave.

Please share this remarkable story about how senior pets, despite their age, still have so much to give.