Cats are notorious for being finicky but apparently this cat knows a good thing when he tries it.

An owner trying to give her cat a treat ends up unleashing the beast when her furry friend refuses to give up the jar of catnip.

Presumably in the video the cat’s owner got her kitty a jar of Cat Crack catnip and let him take some from the jar, which clearly should have a warning label that reads:

“Do not let your cat eat from the jar while you hold it in your bare-naked hands.” 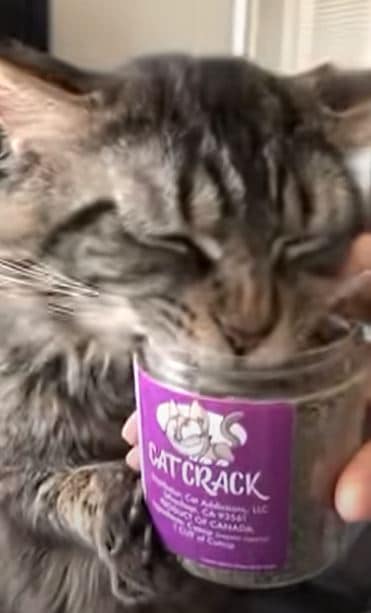 In this video, the more-than-happy cat is getting a few tasty mouthfuls of catnip when his owner tells him, “that’s enough.” Clearly, it’s time for last call – the nibbling kitty needs to be shut down. But, the cat is having none of that.

The cat takes a deep dive into the catnip and one would think that owner could just move the jar away. But as you’ll see, the cat is holding onto the jar for all he’s worth so she tries to back his head out of the jar. Kitty is not happy now. 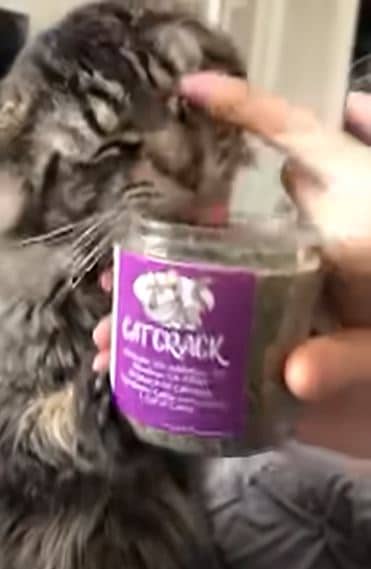 It’s like his head is a magnet and keeps being pulled back into the jar of Cat Crack. The owner tries several more times to get him away from the catnip and through his haze kitty starts to realize what’s going on.

So, he does what all crazed catnippers do – he grabs his owner’s hands with his claws and digs in so she can’t take the jar away. Between her laughs and cries the video is hilarious and one must wonder, who will win this battle?

What is cat nip anyway?

Catnip is a plant in the mint family called Nepeta Cataria. It contains a chemical called nepetalactone, which is what cats respond to. The nepetalactone is released into the air when it’s chewed. Originally native to Europe and Asia, it can be found growing throughout the country. 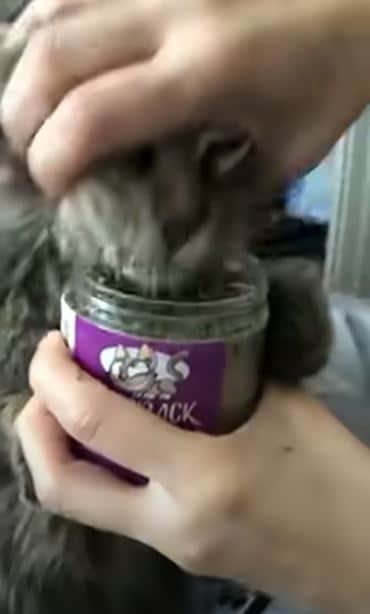 When cats smell catnip, they often chew, rub, kick, and roll in it to release the nepetalactone. The nepetalactone then binds to receptors on the sensory neurons lining the nasal cavity of the cats, which is the area of the brain that controls emotion and behavior.

The effects of catnip usually last up to 15 minutes. The more catnip a cat eats or inhales, the stronger the effect. Cats most often can be found rolling, stretching, drooling, jumping, acting hyper or getting mellow. The response to catnip inherited, according to the American Chemical Society. 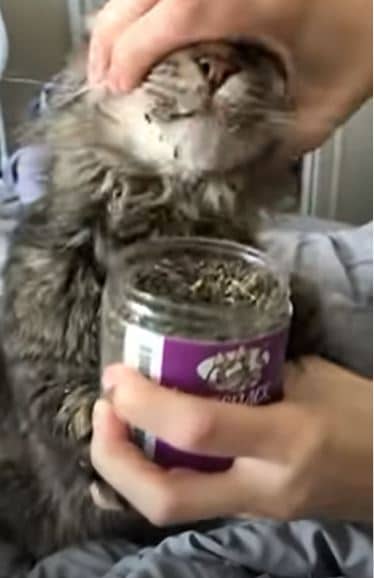 This kitty obviously inherited a bunch of the catnip genes from his parents. Please share this hilarious dude with your family and friends.