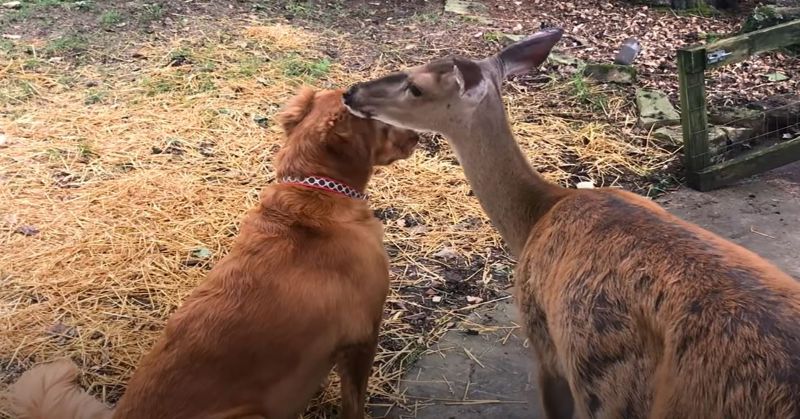 Amazingly, the special friendship between this odd couple has been going on for over eleven years. Despite their differences, the love between these unlikely friends is very deep and their trust is even deeper.

Buttons the deer’s unusual best friend is a sweet golden retriever named G-Bro. One day she decided to surprise her canine friend by introducing the pup to her two newborn spotted fawns. Fortunately, G-Bro’s owner was on hand to video the encounter. 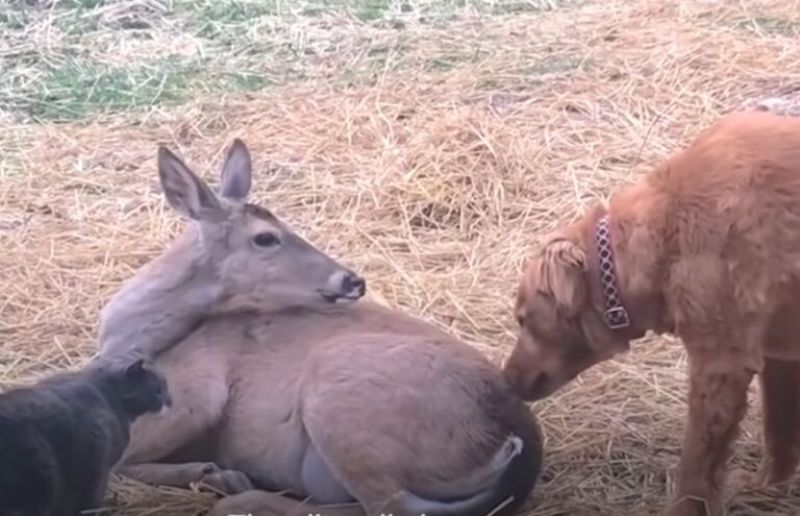 G-Bro and his owners were delighted to meet Button’s babies for the first time. The gentle golden greeted each one with lots of gentle kisses. His friend Buttons had plenty of kisses for him, too. Both obviously elated to see each other and share in the special delivery.

The fawns have no fear of the gentle dog and treat him like a surrogate mom. He obviously enjoys the attention and loves playing with the adorable twins. He rolls around in the sun with them and showers them with attention. 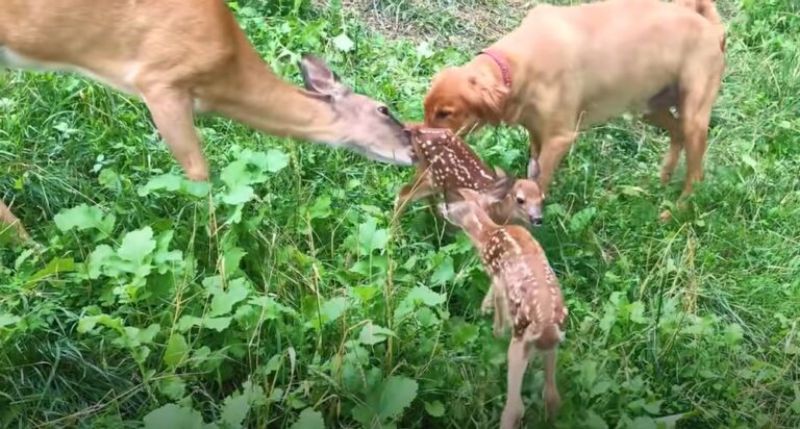 While he enjoys the fawns, Buttons clearly enjoys his company. She loves to shower him with kisses and to follow him everywhere. We’re not sure if Buttons thinks G-Bro is a deer but she obviously considers him part of her little family.

But, their special interspecies friendship didn’t happen overnight. The two grew up together when baby Buttons was rescued after her mother was killed. It wasn’t easy but the deer was raised to be wild but also live on the property with the family.

Because of this, the two have been besties for over eleven years. They share a unique friendship that has spanned a lot of time and have shared many experiences together, which has deepened the trust and friendship between the two species. 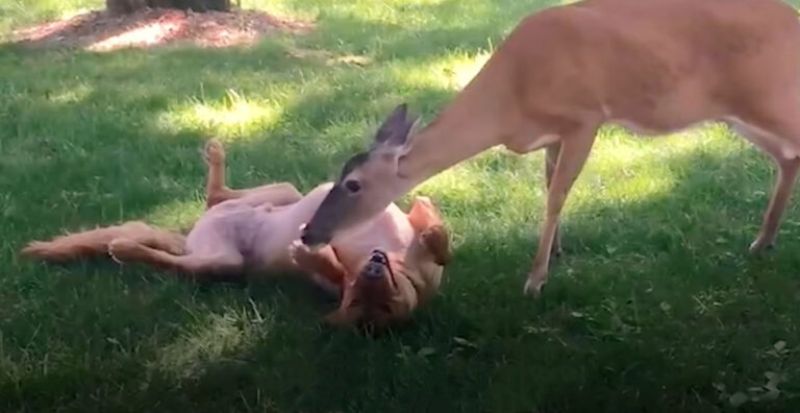 Now, Buttons loves nothing more than to mother the dog. G-Bro obviously enjoys the attention because he patiently sits while Buttons gives him a tongue bath and showers him with affection.

The cutest thing is, when Buttons wants to see her dog friend, she simply shows up and paws at the door then waits for him to go out to play. They then have adventures together such as going for a hike together, frolicking in the snow, or just hanging out on the lawn. 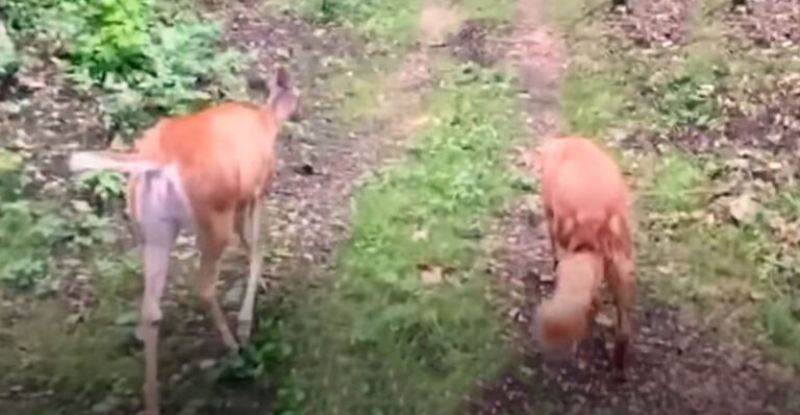 Like all special friendships, they are totally comfortable in each other’s company and content to just be together, enjoying the companionship they have with each other. Everyone and every animal should be so lucky to have a friendship like these two share.

Please spread the smiles by sharing these adorable best friends with your friends.