There is nothing like the love of a dog and it seems that this dad was missing his beloved dog, Trixie. His family must have known just what would help heal some of the pain because they decided to surprise him with the perfect gift.

As their dad stands outside in the driveway waiting for his surprise, he is handed a box containing his special gift. He’s handed the open cardboard box and when he looks inside, his expression says it all. Stunned he says, “you didn’t,” but his tender expression of delight gives his emotions away. 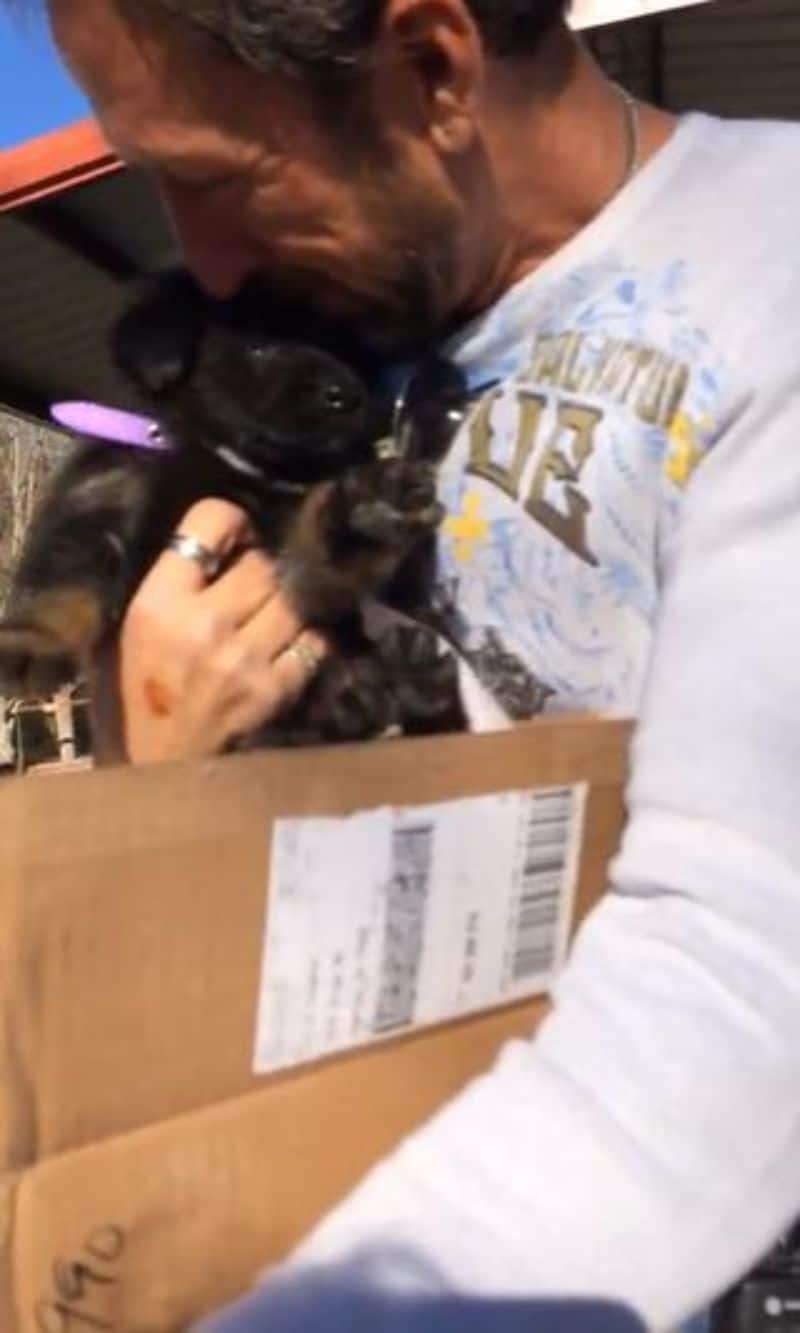 He reaches inside the box and gently lifts out a tiny black and tan German Shepherd puppy and then holds it to his chest. Moved to tears he snuggles his new best friend for the first time while his son is heard saying, “I love you, dad.”

Presumably, it’s his daughter-in-law telling him the details about the purebred German Shepherd but right now he’s too emotional over the sweet gift to respond. A grandchild’s sweet voice says, “He’s gonna make me cry.” We don’t blame her, we’re crying happy tears right along with the family. 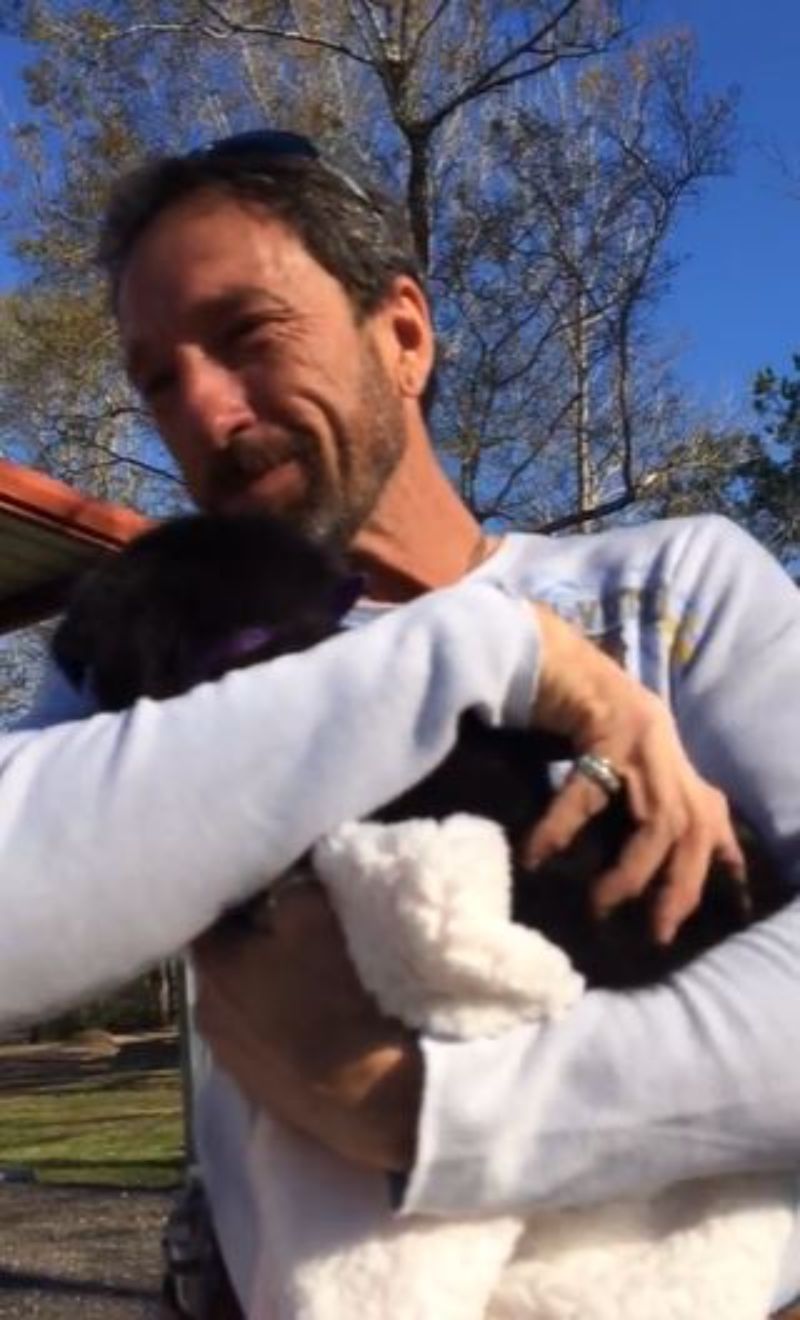 The dad is so touched he is still moved to tears while the son is heard through the phone say, “she’s not going to replace Trixie but she will do her best.” And, we know that is true too, because there is no greater love than a dog for their owner, especially a loyal German Shepherd.

“It’s beautiful.” Yes, it certainly is. Dad is so moved he can’t stop loving on his new puppy that is snuggled down into a blanket. Certainly, his emotions are all over the place as he remembers his Trixie and welcomes this new puppy into his heart.

Dad is enthralled with the beautiful new puppy and his kind son should be so proud to have made his dad so happy. His son wanted to give him the perfect gift and obviously his dad feels like that is exactly what he got. 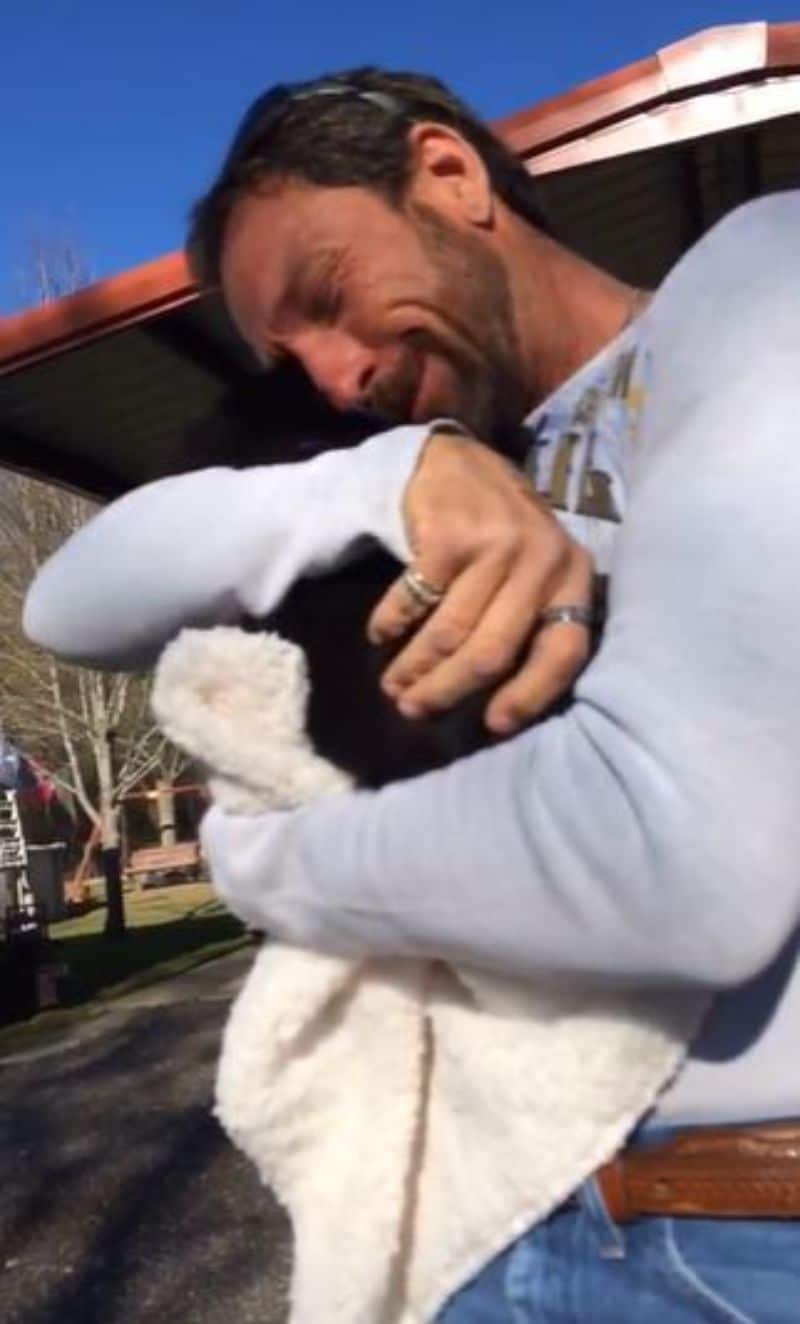 It’s not every day that people have the ability to make such a difference in someone’s life. Obviously, this dad was wanting and ready to welcome a new puppy into his home. We’d love to even know more about their story.

What we do know is the fun for these two is just beginning as they get to know each other and puppy training begins. The sleepless nights, potty training, picking out puppy toys, and lots of love is on the way for these two.

We hope that they enjoy many happy years together. Please feel free to share their sweet story with your friends.