Officer Marcus Montgomery responded to a routine call at the Panhandle Animal Welfare Society to handle a situation with an employee. As he was on his way out, Marcus couldn’t help but notice that a shelter supervisor had a small rescue puppy in her hands. 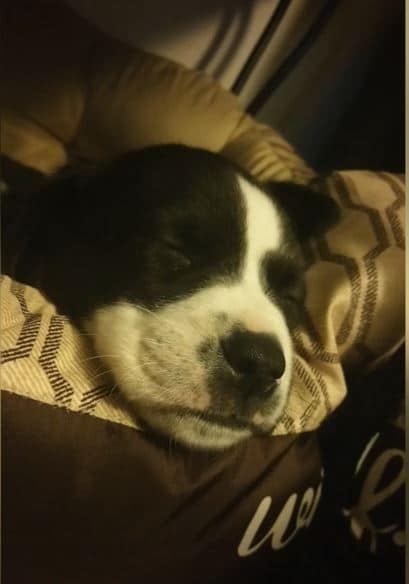 He instantly felt a connection with the little guy and wanted to bring the puppy home.

“I immediately saw the connection, but I was at first apprehensive due to me and my girlfriend’s schedule. I figured it was going to be difficult to give him the proper care he deserves,” Marcus told Inside Edition. Marcus spoke with the staff to see what would go into caring for the dog.

“After speaking with the staff, they educated me on what he would need and that he would actually be OK by himself, as long as it wasn’t for an exorbitant amount of time. So I went home and talked with my girlfriend and she immediately fell in love with him once she held him,” he said. 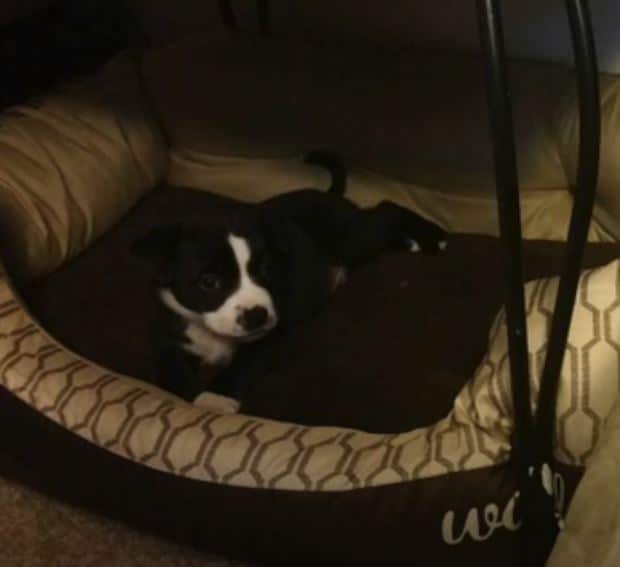 The couple already had a pit bull rescue named Vader, so they named their new pup Kylo, in honor of their favorite Star Wars villains: Darth Vader and Kylo Ren. “Since I got to name Vader, I wanted my girlfriend to name the newest addition. Because we already had Vader, she decided on Kylo, or Kylo Ren due to the Star Wars connection,” he said.

Vader treats Kylo like a little brother, and Kylo follows him around mimicking his every move. “They play around but I usually stay close because Kylo is still in the teething stage and I don’t want him latching onto Vader,” he said.