Imagine being scared, alone, and abandoned with your puppies on the side of the road in the freezing snow.

That is exactly the situation that this poor momma dog found herself in through no fault of her own. Luckily, some passersby called a rescue that went out to look for her despite the freezing weather.

The men drove their van around on the snowy roads looking for a sign of the poor dog. Finally, they saw a drain pipe with the end exposed and stopped to see if that could be her hiding place.

They cautiously approached the storm drain not certain that she’d be there but once they saw the paw prints, they knew they were in the right place. Once she heard them, she came running out of the pipe with her tail wagging. 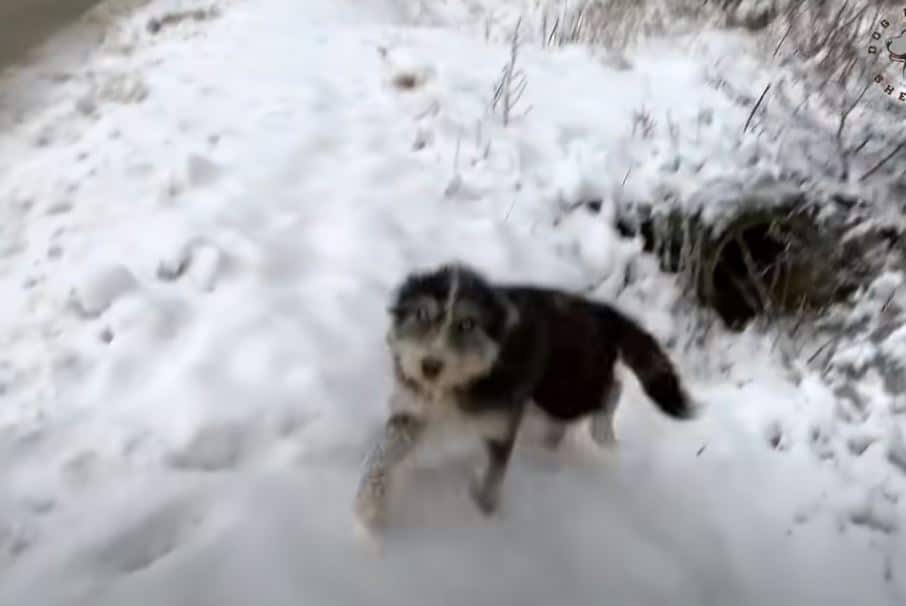 It was as if the adorable blue-eyed dog knew she needed help and the kindness of these strangers to help her and her pups survive. There was no way she could safely continue to live in the cold and wet drain pipe with her litter of puppies.

Her rescuers then went to the opening of the drain pipe to check out the pups inside. Unlike their sweet mother, the pups greeted the men with growls and tiny barks, certainly afraid of them. 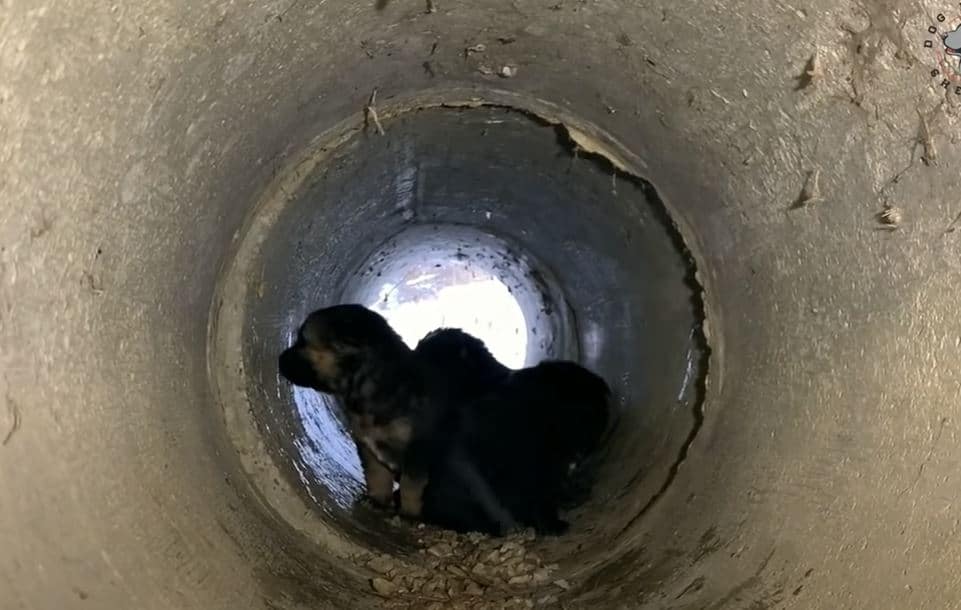 They could see there were three scared puppies inside the pipe who had now moved far from the opening. They would have to think of something fast to get them out of there before it got dark for the night.

They hoped their mother would lead them out but that plan didn’t work. They’d have to drag them out so they put mom safely in the van so she wouldn’t get upset when the terrified puppies began to complain. 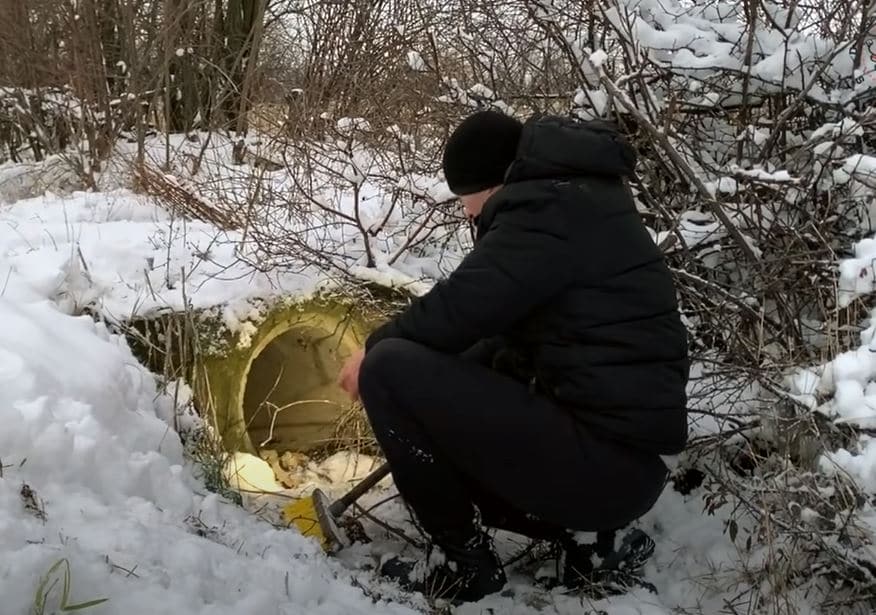 Back to the hole they went with a broom to gently sweep the puppies out of the pipe. It wasn’t easy and one man had to go to the back of the pipe to keep them from retreating too far away but finally they rescued the adorable tiny puppies from their freezing hiding place. 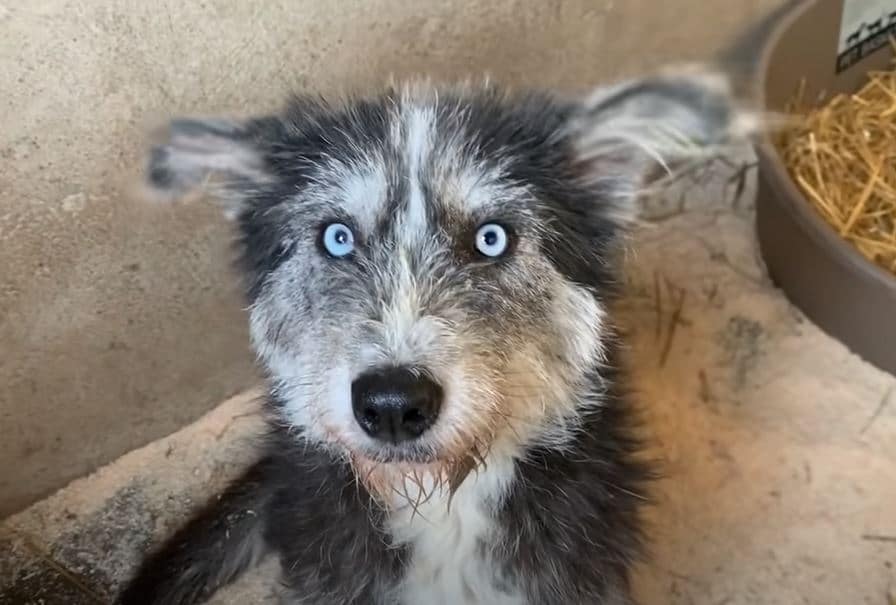 Once they had all pups safely removed from the pipe, they were happily reunited with their brave momma and they immediately began to nurse. Happily, that would be the last cold and lonely night this little family would spend outside. 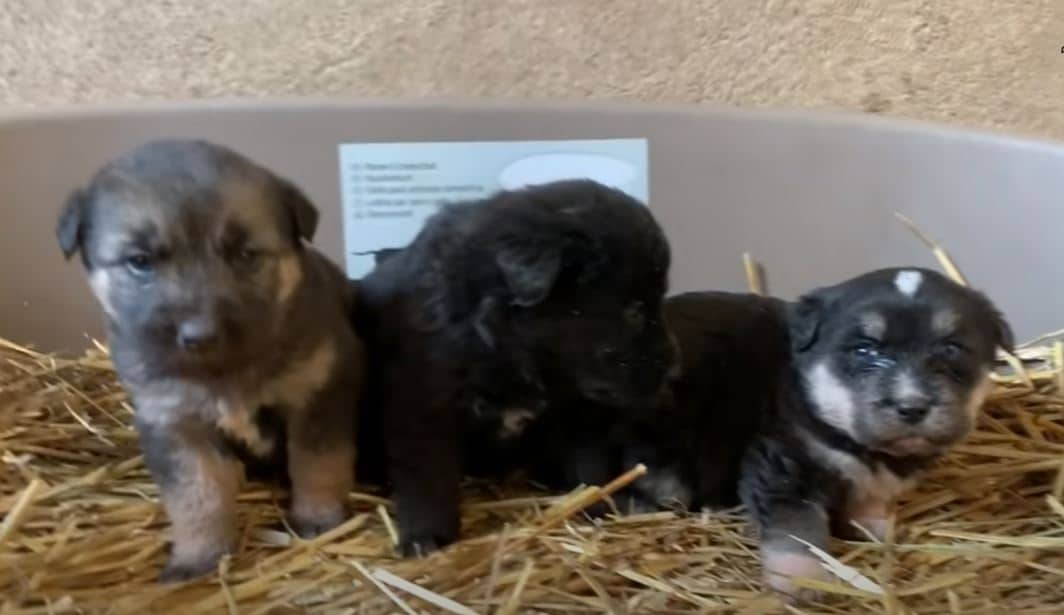