This sweet beagle named Daisy has never given birth but that isn’t stopping her from raising these two kittens as her own.

When Daisy’s fur mom brought home two 9-week-old kittens, Daisy was ecstatic. She loves cats and instantly started playing with the kittens. However, within a couple days, the playful relationship she shared with the two developed into something more maternal. 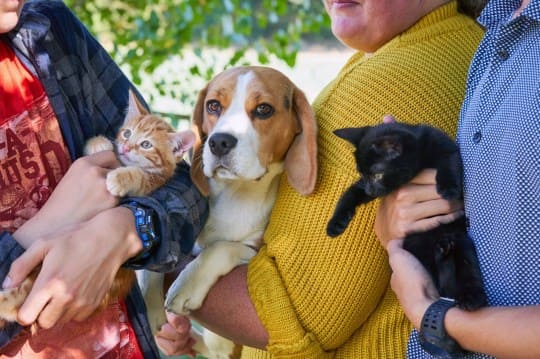 Daisy began mothering the kittens by cuddling and giving them baths. Soon after to her fur mom’s astonishment, Daisy began producing milk and nursing the kittens! The kittens can be seen snuggled up with Daisy, nursing in her bed, as content as if Daisy was their real mother. 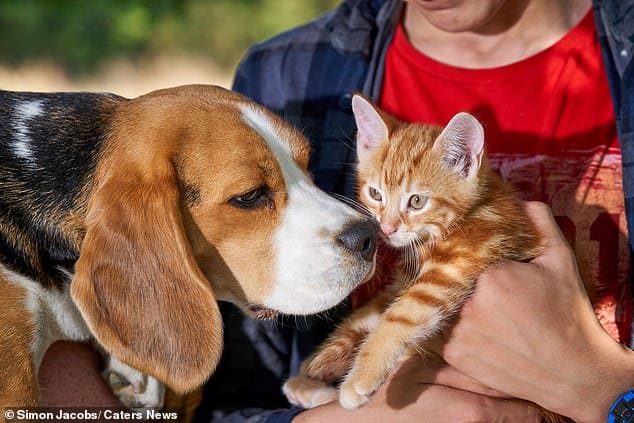 Daisy is a very tender mother and cares for the kittens as if they were her own. Her mom says that the orange kitten is more of a momma’s boy and he often seeks her out for extra cuddles and affection. 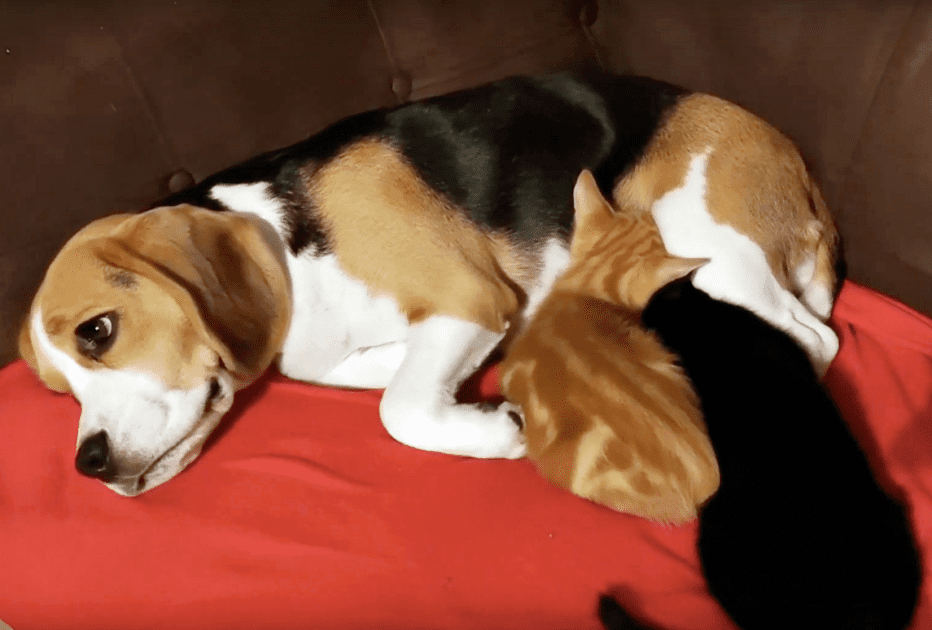 When the kitties came to live with Daisy, they were already weaned from the mother. Apparently, their nursing is a comfort to them. At thirteen weeks old, they now suckle at nighttime before their bath and then Daisy and her kittens cuddle up and go to sleep together. 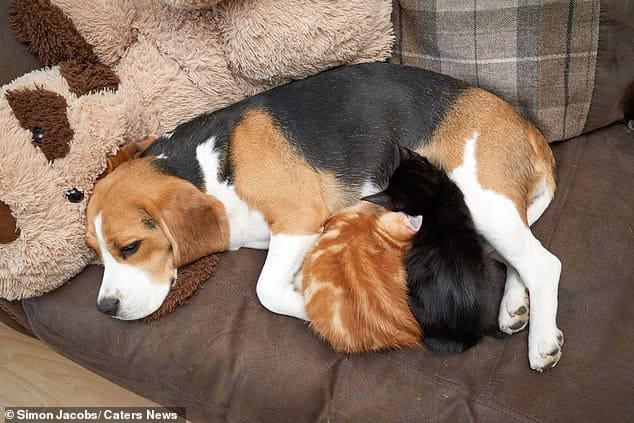 Daisy is very protective of her kittens, which have been named Dexter and Fletcher. She carefully watches over them at all times. When they climb and do ‘cat things,’ like climb stairs and on the back of furniture, she gets nervous and whines for them to stop. 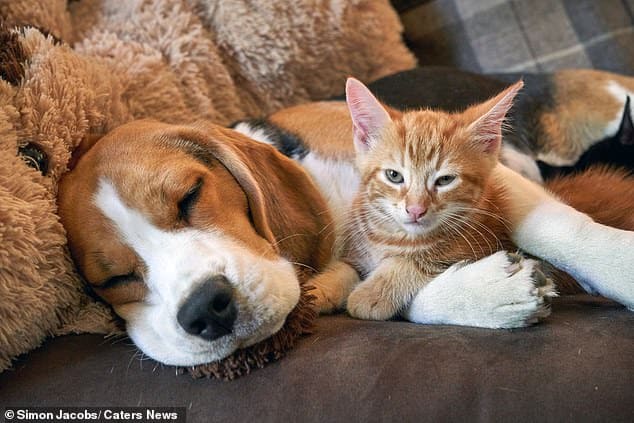 Now that the kittens are getting older, Daisy is having trouble keeping up with them. She can’t understand how it is that they can move so quickly and climb so easily when she can’t.

The three of them are just too cute for words and bring lots of joy to their mom and everyone who watches them. Please share their adorable story with your friends and family.

« 76-Year-Old Man Has Collected Scrap Metal To Feed Stay Cats Every Day For 22 Years
Husband Makes Wife Choose Between Rescue Dogs And Him, She Chooses The Dogs »