A tiny baby fox lost its mother and was all alone in the woods until a kind rescuer came and saved it from certain death.

When the baby fox, also called a pup, was found he was so young that he could barely walk on his four wobbly legs. The sweet little pup was living in a shallow dirt hole when he was discovered orphaned and alone.

The adorable ball of grey fur didn’t seem afraid when a human came to save him. Perhaps sensing that he needed help, he crept out of his hole and allowed himself to be picked up by the kind stranger. 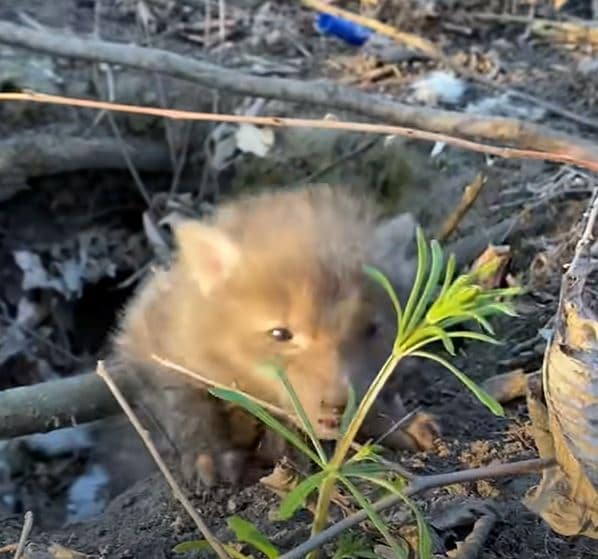 Once cold and alone, he was now cocooned in nice warm blanket and comforted in the arms of his rescuer, surely sensing that help had finally come for him and that all would now be okay. His new friend held him until his shivers melted away.

Wrapped up like a burrito, the scared pup falls fast asleep while the rescuer rubs his adorable little head. They leave the woods together, starting the baby’s new journey as they head to the safety of his new home. 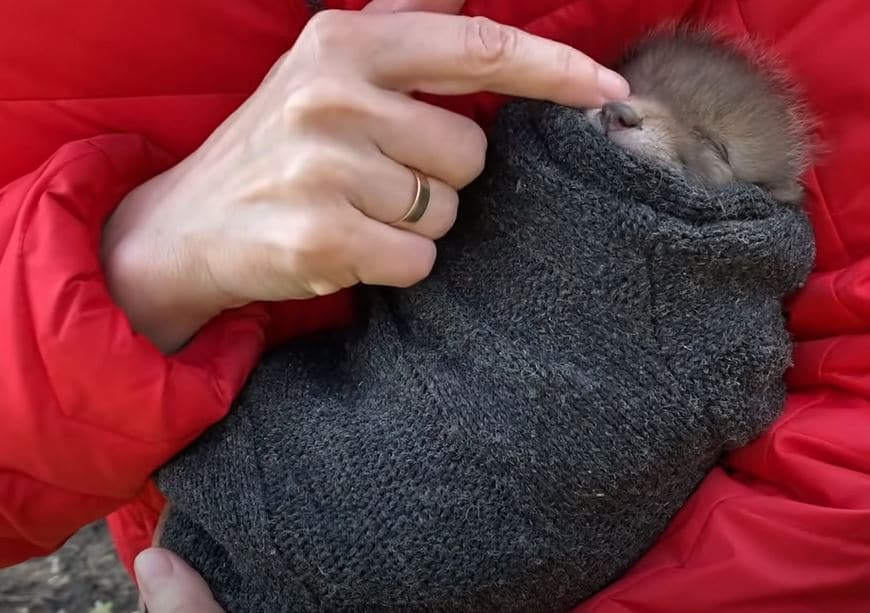 Once there, the sweet tiny fox is given food and water and is cared for. He is super adorable as with help, he takes his first drinks of water and nibbles of food. He then gets his first warm bath to remove the fleas and dirt and is now on his way to recovering from his ordeal.

As the pup begins to grow, he’s no longer a grey fluffy bundle. He now has red fur, is super curious, and a healthy maturing pup who’s super attached to the person who saved his life. 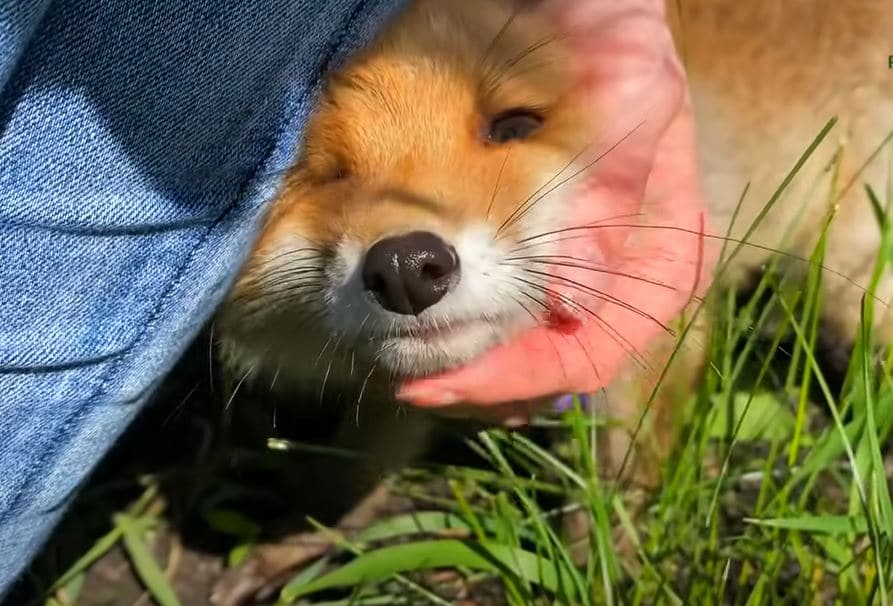 He shows his appreciation by jumping on her leg and being super cute, much like a dog is when they are happy to see their owner. When she pets his little head, he almost looks like he’s smiling back at her!

As the fox continues to grow, it’s clear he is totally bonded with this human who saved him and it’s hard to remember that he was once a wild animal. She plays with him and holds him as he enjoys the love and affection. 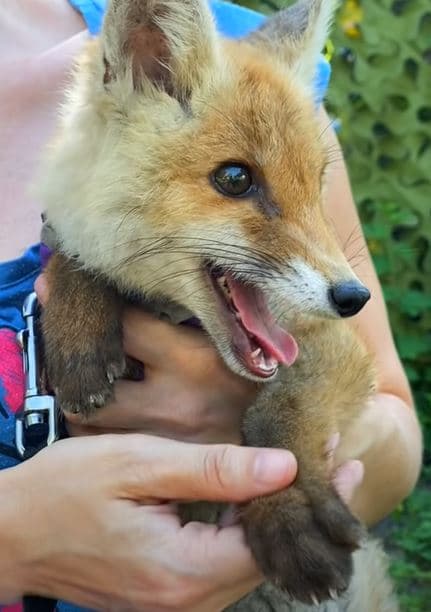 Perhaps the cutest part of all is that she also has a shih tzu and the fox and dog have become adorable friends and the two could not be any sweeter. It’s clear the two adore each other and enjoy playing together on their camping chair. 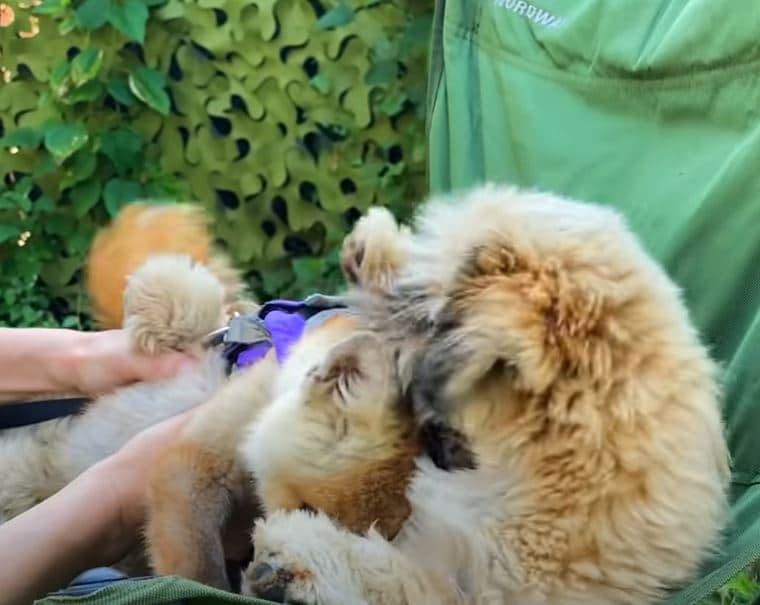 Please share this sweet rescue story to all your family and friends.