A woman who lost her dog two years prior was finally ready to get another one. As she was scrolling through pictures of adoptable shelter dogs, she was shocked to see the dog she had lost was available for adoption at a local humane society.

Their amazing reunion story began two years ago when a car crashed through a fence at the home of Aisha Nieves in Allentown, Pennsylvania. The woman’s best friend, a rottweiler-pit bull mix named Kovu, escaped through the hole in the fence and could not be found. 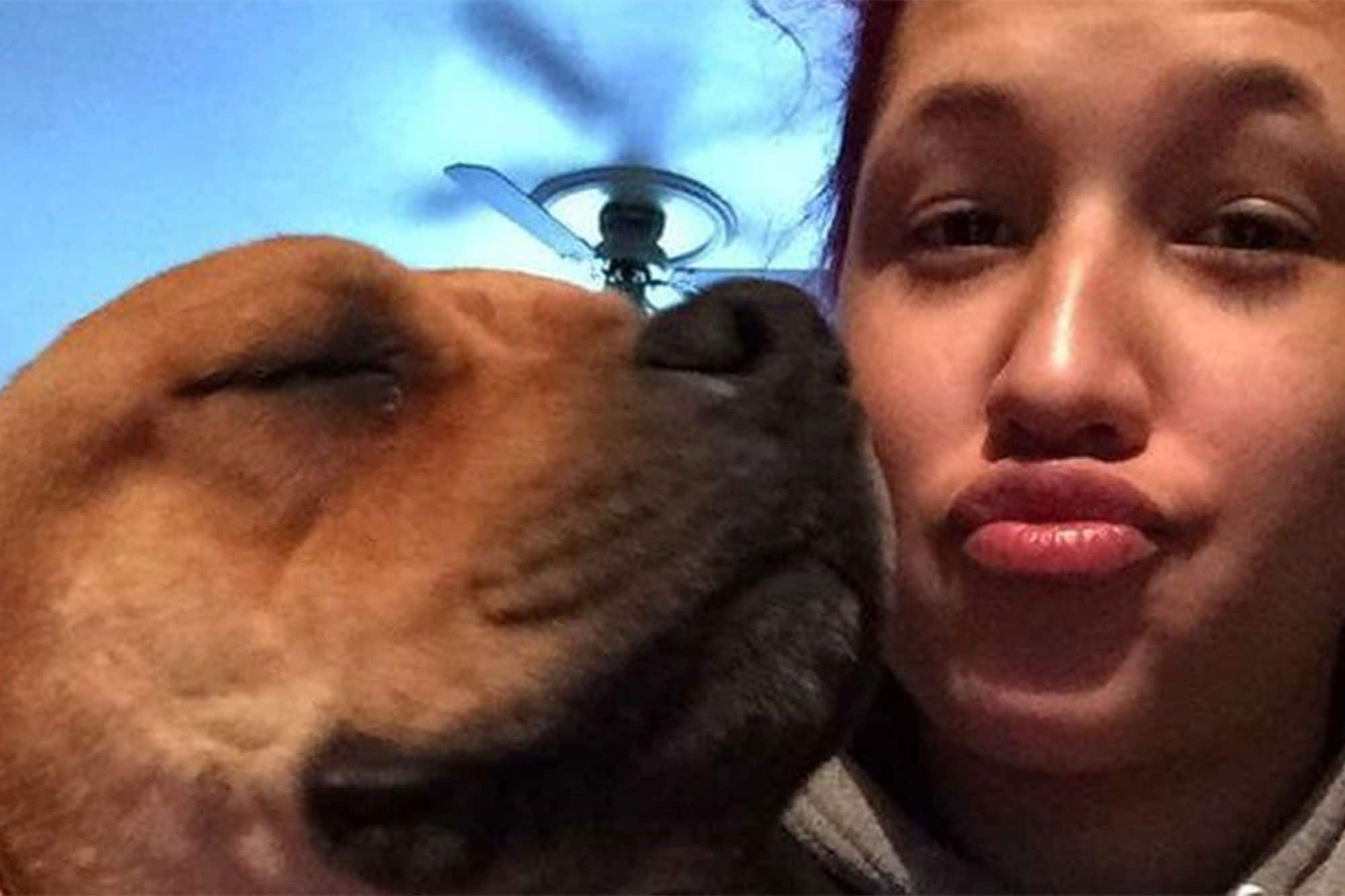 For four months, Nieves searched for her heart dog to no avail. Meanwhile, unbeknownst to her, the dog was picked up and taken to the Lehigh County Humane Society (LCHS) where he was treated for a skin infection, named Ash, and put up for adoption.

Nieves did return to the shelter looking for Kovu but by that time, he was adopted out to a family so it was too late. Heartbroken, the dog that once shared her bed seemed to be gone forever except fate had other plans. 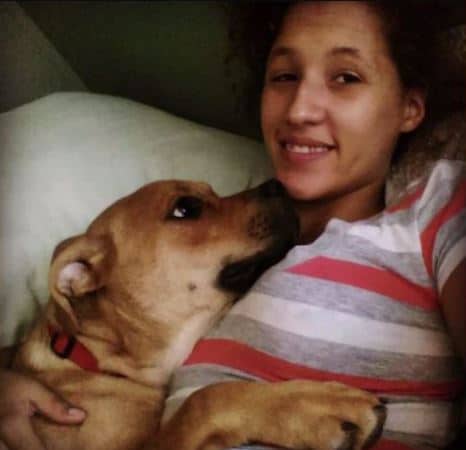 Two years later, when Nieves was looking at available shelter dogs, she saw Kovu’s picture. She recognized him by a scar above his right eye and immediately called the humane society. She was told to bring proof of ownership with her as she headed toward the shelter.

Apparently, the dog then known as Ash, was returned to the shelter by the family that had adopted him because they were evicted from their home due to the coronavirus pandemic. Amazingly, he became available for adoption just as Neves began looking for another dog. 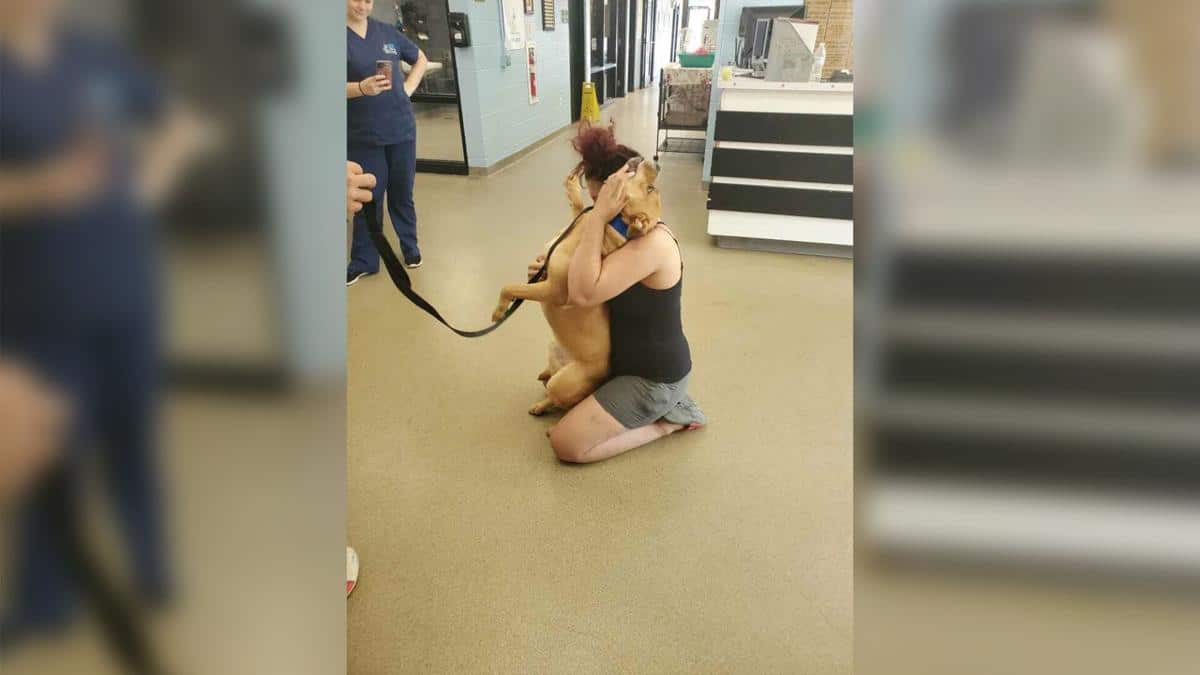 As Neves drove to the shelter, she worried that Kovu might not remember her but she didn’t need to. As soon as her dog saw her, it was clear to everyone that he knew who she was. Neves said:

“As soon as he started coming, he started squealing and screaming and yelling and jumping on me kissing me," she said. "I love him so much. I'm just so happy he's back." 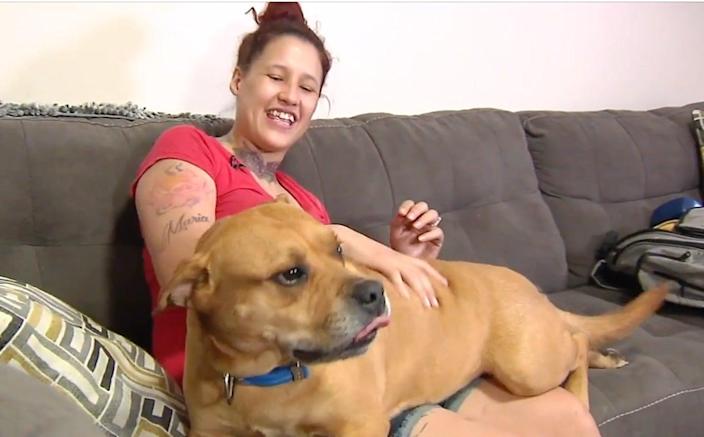 After their meeting, which saw Kovu running in circles and hopping into Nieves' arms over and over again, they went home. "Their reunion was undeniable and heartwarming to all who were there,” a shelter worker, Huber said. "The way that Kovu reacted and remembered [his] owner when he saw her made the reunion all the more memorable. It was a moment that gave you all the loving chills."

Please share this amazing reunion story with your family and friends.