This scrawny, deaf puppy, rescued off the streets, was destined to become best friends with a two-year-old little girl.

The puppy arrived at his foster home smelly and so tired he slept for a day and a half. When he finally woke up, he had his first bath and realized that life was looking up. He received his first snuggles and quickly bonded with foster dad Thom, and the other foster dogs in the house. 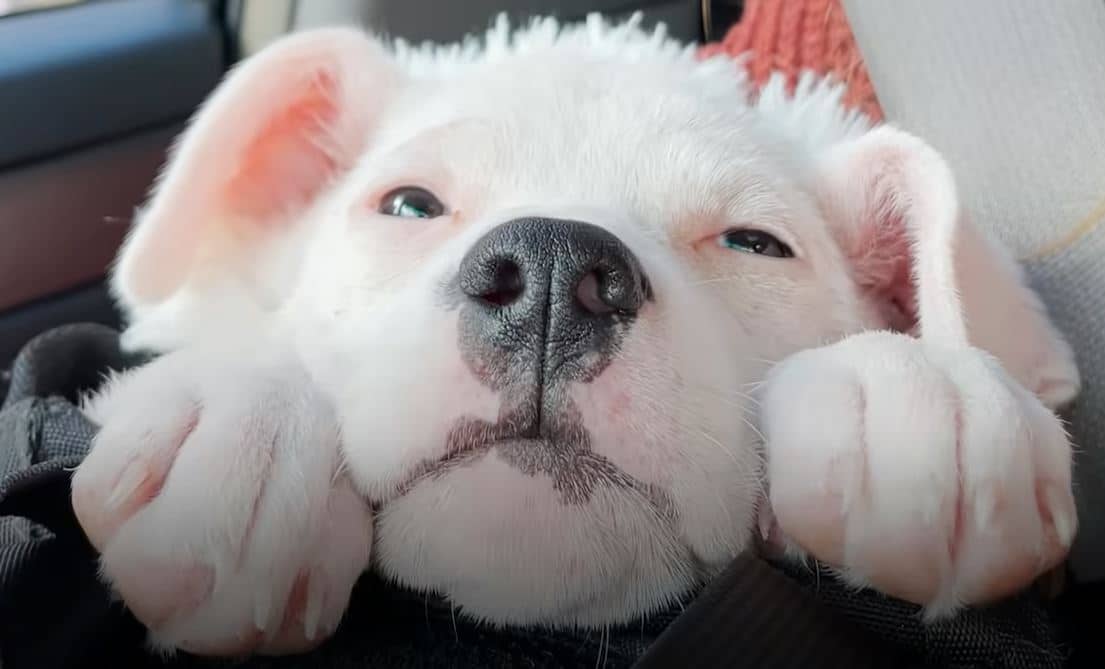 The other dogs also began to ‘foster’ the little pup and help him come out of his shell. The puppy, named Moz, began to play and cuddle with the other dogs. He enjoyed playing outside and just being a dog, maybe for the first time in his life.

Soon Moz was joining the other foster dogs on walks. He loved being outside and even liked riding around in a backpack. He explored his California neighborhood, where Thom usually found homes for the dogs he took in. 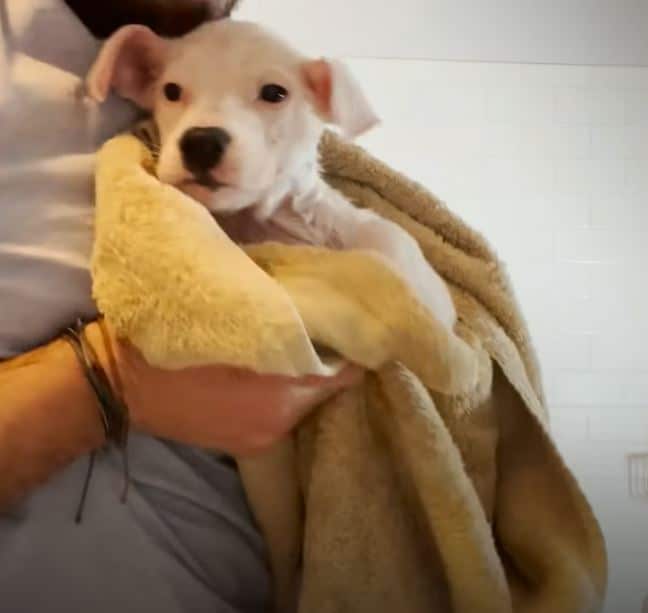 Every day, Thom passed by a house where a sweet 2-year-old little girl named Lillian lived. Each day, she would wait in the window and then go outside with her mom to pet the adorable puppy, who was usually riding along in Thom’s backpack.

Soon, the two became friends. They were two gentle souls that enjoyed each other’s company. She even got to walk Moz and had play dates with the mellow puppy. But, the relationship was about to change. 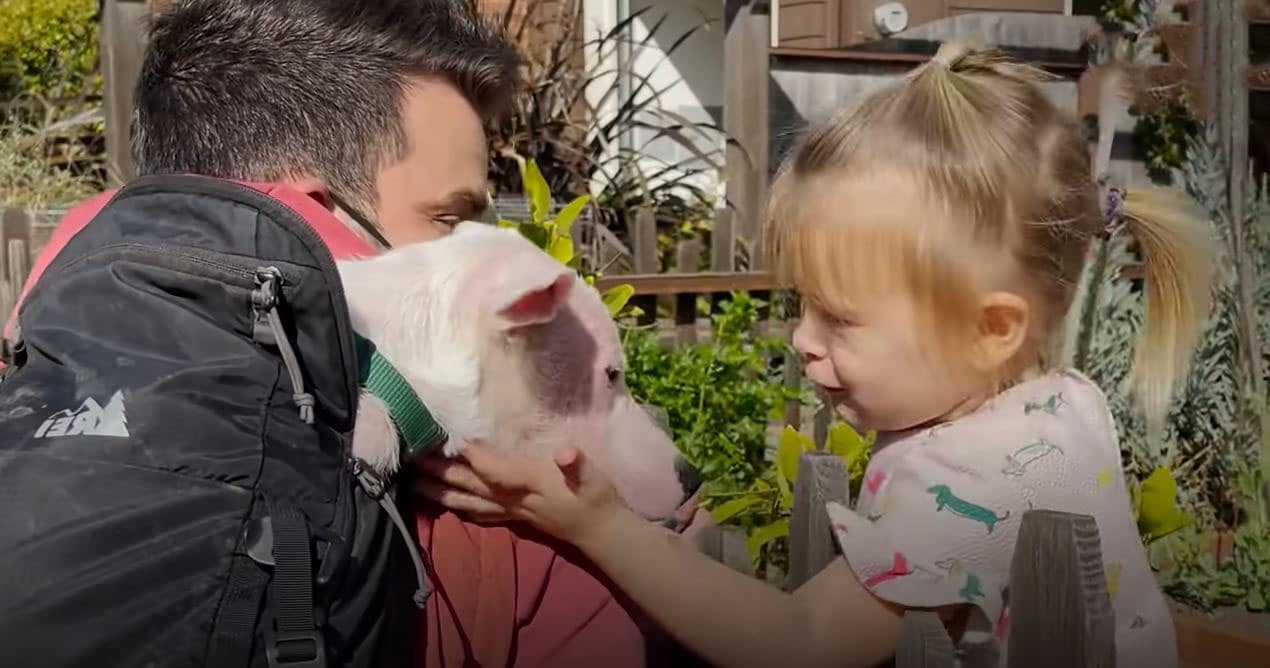 One day, Thom had to go out of town for two weeks and asked the family if they would dog sit Moz. Of course, they said yes and that was how Moz got one foot into their door and another paw planted in Lillian’s heart.

Lillian loved to talk to the deaf little puppy, not concerned at all that he couldn’t hear a word. She loved on the dog and the two quickly become inseparable. Of course, when the two weeks were up, no one was about to give Moz back! 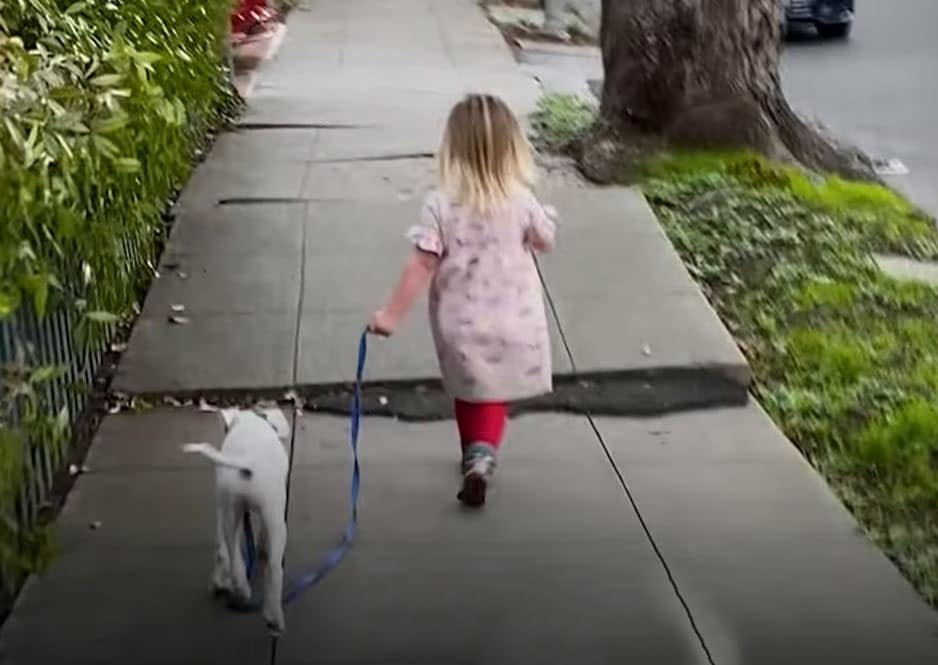 Fortunately for Thom, Moz only moved a few blocks away. Lillian and the entire family were thrilled to have Moz. Watch till the end, it will melt your heart when Lillian says, “I’m Moz forever family.”

Please share this adorable rescue story with your family and friends.